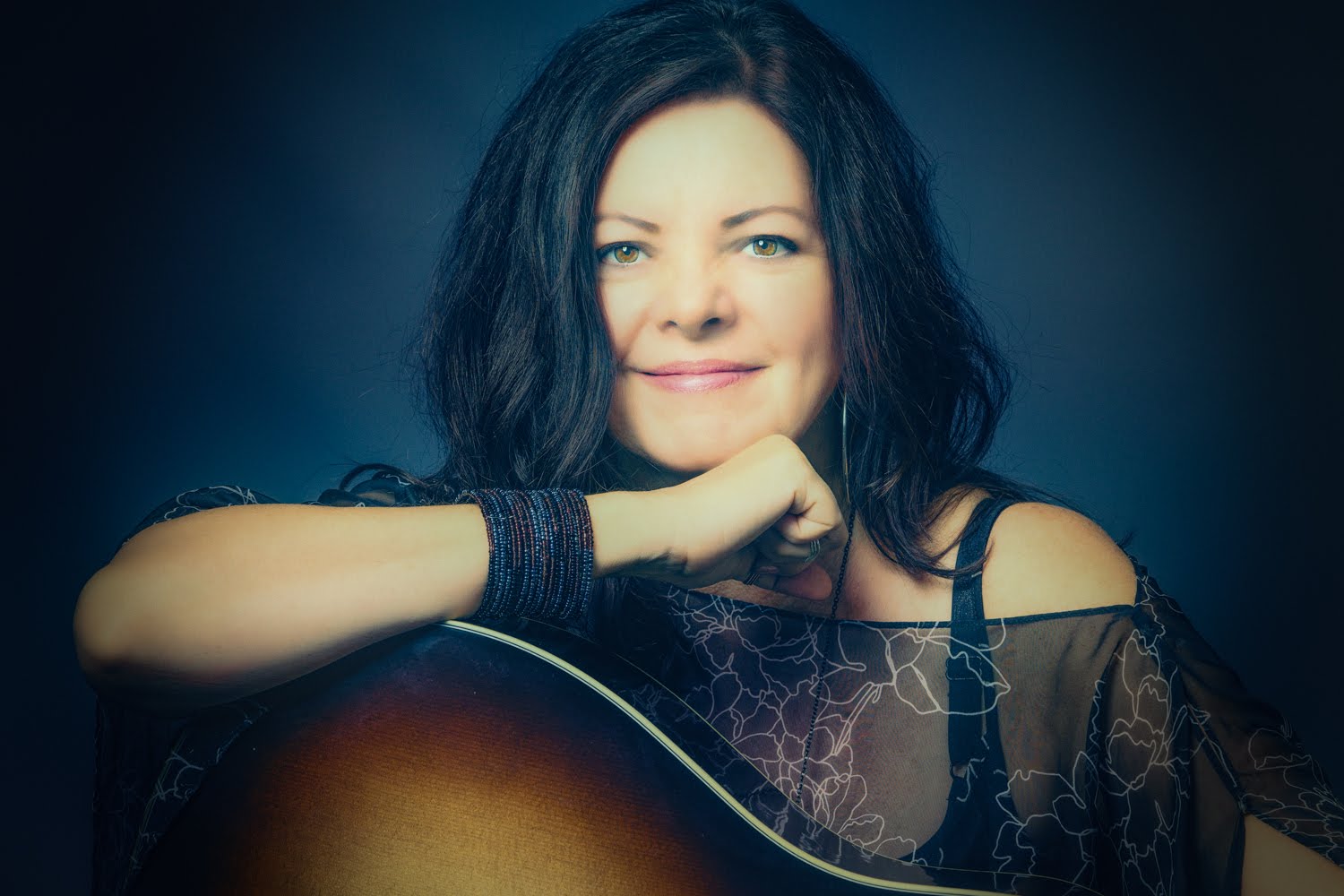 The Gatlinburg Fires.....Pt 1 (The Kids Escape)

The title of this post is plural on purpose.  There wasn't just one fire.  There were many fires on the night of Nov. 28th that ravaged the small mountain town of Gatlinburg, TN.  Many fires that took 13 human lives (at last count... still some are missing) and injured many more.  Fires that burned down homes and businesses, killed wildlife, stripped people of their homes and everything they owned.  Over 1000 buildings were destroyed in those fires.  Our cabin, "Heaven's Gift" was one of those buildings.

Of course, to us, "Heaven's Gift" wasn't JUST a building.  It was our beautiful mountain place of respite that we felt lead to purchase with inheritance money from my Father just this last January. My Father loved the mountains.  His last trip before he passed was actually to Gatlinburg.  He was getting pretty frail by then, but he was determined to go up to Newfound Gap on Mt. Leconte once more and see the majestic Smokey's.

He passed away in March of 2015.  We had never really even considered buying a place up in the Smokey's but about 6 months after he passed, this cabin was literally put in front of us out of the blue and before we knew it, we owned it.  The whole transaction went so smoothly that I was just SURE that Daddy lead us to that special place.  So we named it "Heaven's Gift" because it truly felt like Dad's last gift to us.  That is why I have struggled so hard with losing it.  We didn't even own it a year... and it has now vanished.  Seriously.  Here is a shot of the cabin before.....


You can see that nothing is left but the basement walls..... a heartbreaking loss.  But that loss is nothing compared to the true gift that we were given. The gift of LIFE.

You see, our oldest son, Derek and his brand new wife, Emily (and their shih-tzu pups, Quincy and Harris) were there at the cabin on their honeymoon.  Derek called me on the morning of the 28th and had a concerned tone to his voice.  "Mama", he said, "I'm kind of worried here.  The sky is a weird shade of bright orange and the smoke is getting heavier.  Should we pack up and get out of here?".  "I'm sure everything is fine," I said, "but certainly if you feel in any danger, don't take any chances. Get out of there if you feel uncomfortable."  We talked more and they decided they would just go down the mountain into town and get some breakfast.  They would ask some of the locals if they should be concerned.  He called me after breakfast to tell me that no one seemed concerned down in the town.  He said a waitress told them there was a fire on another mountain about 10 miles away, but that it didn't pose a threat to them.  So we were all relieved and they went back up to the cabin to enjoy their last day on the mountain before coming back to Nashville and starting their lives as husband and wife.

Around 6pm that evening, Derek called and said they were going to go down the mountain for dinner and asked me for a couple of restaurant recommendations.  All seemed fine at that point, although he mentioned again that the smoke was starting to get pretty thick and it was burning their eyes.  I reminded him to keep their tv's on the local news - just in case there were any warnings to leave.  He called back about 20 mins later and said, "Well, we aren't going to dinner.. and I hate to tell you this but a huge tree just fell on your property and smashed my car.  The windshield is shattered all across and the hood is smashed in."  "NO WAY!", I exclaimed.  "Oh my gosh Derek... what is going on???"  "Mama, the winds have picked up in the last few minutes and it is wicked up here!"

Now I'm getting concerned because their car is messed up and they have no way to get off the mountain should they need to.  "Maybe you should call an Uber or something and go down to a hotel for the night."  Derek laughed nervously and said, "Mama, you don't understand.  There ain't no way an Uber driver is going to come up here right now!"  Then, he tried to reassure me and said they were fine, and had a frozen pizza they would make for dinner and they were going to just hunker down, maybe go to sleep early and just wait out the storm.  "Are you sure Derek?", I said.  "Well," he laughed nervously, "we don't really have a choice."  "Ok," I said, "but please keep an eye on the news."

About an hour later, Derek called again.  This time I knew immediately by the tone of his voice that things had gone from bad to much, much worse.  "Mom!  I just saw a transformer blow down below your cabin.  We've lost power.  We are leaving NOW!", "But Derek, you can't drive your car with the windshield smashed!  It's not safe!".  "MOM. YOU DON'T UNDERSTAND.  I SAW THE SPARKS FROM THE TRANSFORMER LAND ON THE GROUND AND THEY ARE STILL BURNING.  WE DON'T HAVE A CHOICE.  WE HAVE TO DRIVE THE CAR AND TRY TO MAKE IT DOWN THE HILL."

OMG.  That's when it hit me.  The kids might be in serious danger.  Of course, at this point, they still had no idea that the bottom of their hill was already engulfed in flames from a fire that had started from flying embers in the 87 mile per hr winds that had now entered the area.  But as I sat on my couch praying to our Lord that He would protect our kids as they made their way down the mountain, it wasn't long before my phone alerted me to a new text, with this video in it:

Dear sweet Jesus.... just get them out of there alive.   I was bawling on my couch... a Mother hundreds of miles away, helpless to do anything to help my son and his new bride.  All I could do was pray.  So I prayed and prayed and prayed.... until i got this one word text.

Now I'm crying even harder, overwhelmed with gratefulness that they have gotten off the mountain. But I know they still have to get out of the town and they are driving a smashed up car which can't be good, so I keep praying.  I'm watching news coverage by now and the realization that our favorite little town is literally burning all over is killing me.

I get another call from Derek, "Mama... we are safe in a shelter now."  He then goes on to tell me about how as they drove down the mountain, the fires started engulfing them on either side.  The initial route they tried to go down was completely blocked by fire and they had to turn around and go another way out.  Then they had a man flag them down to help him and his disabled wife evacuate their home.... so Derek and Emily put them in the car with them and they all drove to the Rocky Top Sports Complex, which was being set up as a shelter for those displaced.   The police were now telling anyone that had enough gas in their car that there was one route out of the area that would take them up to I-40 on the east side of Knoxville.  "Mom, we are going to drive that way out.  We will be fine.. I promise."  "Ok baby.. but PLEASE touch base periodically so I know you are ok."   "Yes ma'am.  I promise I will."   And he kept his promise, touching base with me periodically along the way.

I stayed up watching news coverage until around 2:30am when I knew they were home....  but I still couldn't sleep... now I was glued to the news from the local Knoxville channel, watching for any sign that maybe, just maybe, our cabin was going to escape unharmed.  Around 4am, I saw that the Gatlinburg Falls area was engulfed.  That was our mountain.  I said a prayer and went to bed to try and sleep, knowing there was absolutely nothing I could do.

Three hours later, I woke up to realize my husband wasn't in the bed.  I got up and looked around the house.  No sign of him.  Walked out to the garage... his car was gone.  I call him, "Where are you honey?", "I'm on my way to Gatlinburg."  "Mike!  They aren't going to let you anywhere near our cabin!", "Maybe not honey, but I have to go.  I have to try and get there and see if we still have our place.  I have to try."  I knew that tone in his voice and there was no talking him out of going.  So I started praying again now... praying for my husband's safety this time.  I knew the fires were still blazing in parts of the area and now my husband was heading right into them.  I truly felt like I was living a nightmare.

Promote Your Page Too